In 1970, Gates, along with his friend Allen, developed a computer program called Traf o Data, which monitored traffic patterns in Seattle.

The biography of Bill Gates has been inspiring.  Bill Gates Quotes are given in this post.  which makes you strong.

Never before in history has Innovation offered promise of so much to so many in so short a time .

I Believe Innovation is the most powerful force for change in the world.

3. Microsoft is not about greed. It’s about Innovation and fairness.

I believe in Innovation and that the way you get Innovation is you fund research and you learn the basics facts.

Our modern lifestyle is not a political creation. Before 1700, everybody was poor as hell. Life was short and Brutish. It wasn’t because we didn’t have good politicians; we had some really good politicians. But then we started inventing – electricity, steam engines, microprocessors, understanding genetics and medicine and things like that. Yes, stability and education are important – I’m not talking anything away from that – but Innovation is the real driver of progress.

Innovation that are guided by smallholder farmers, adapted to local circumstances, and sustainable for the economy and environment will be necessary to ensure food security in the future.

I believe that every life is valuable. That we can make things better. That Innovation is the key to a bright future. That we’re just getting started.

When you’ve money in hand only you forget who are you but when you don’t have any money in your hand, whole world forget who you are. It’s life.

2. Money has no utility to me beyond a certain point.

No Matter how much money you have,  you can’t buy more time.

Our success has really been based on partnership from the very beginning.

As we look ahead into the next century, leaders will be those who empower others.

Patience is a key element of success.

To win big, you sometimes have to take big risks.

Your most unhappy customers are your greatest source of learning .

Only a few businesses will succeed by having the lowest price,  so most will need a strategy that includes customer service.

It’s fine to celebrate success, but it is more important to heed the lessons of failure.

We all need people who will Give us feedback. That’s how we improve.

Teaching’s hard! You need different skills; positive reinforcement, keeping students from getting bored, commanding their attention in a certain way.

American want students to get the best education possible. We want schools to prepare children to become good citizens and members of a prosperous American economy.

Digital technology has several features that can make it much easier for teachers to pay special attention to all their students.

Unfortunately, the highly curious student is a small percentage of the kids.

Success is a lousy teacher. It seduces smart people into thinking they can’t lose.

I failed in some subjects in exam, but my friend passed in all. Now he is an engineer in Microsoft and I’m the owner of Microsoft.

Don’t compare yourself with anyone in this world, if you do so, you’re insulting yourself.

Everyone needs a coach. It doesn’t matter whether you’re a basketball player, a tennis player, a gymnast, or a bridge player.

We all need people who will give us feedback that’s how we improve.

If you can’t make it good, at least make it look good.

The competition to hire the best will increase in the year ahead. Companies that give extra flexibility to their employees will have the edge in this area.

The flatter the corporate hierarchy, the more likely it is that employees will communicate bad news and act upon it

I studied everything but never topped but today the toppers of the best universities are my employees.

Be nice to nerds. Chances are you’ll end up working for one.

Television is not real life. In real life people Actually, have to leave the coffee shop and go to job.

If I was down to the last dollar of my marketing budget I’d spend it on PR.

If your business is not on the internet, then you business will be out of business.

The internet is becoming the town square for the global village of tomorrow.

If I would be given a chance to start all over again I would choose network marketing.

This is a fantastic time to be entering the business world, because business is going to change more in the next 10 years than it has in the Last 50.

We’re charging the world with technology.

Technology is just tool. In terms of getting the kids working together and motivating them, the teacher is the most important.

The first rule of any technology used in a business is that automation applied to an efficient operation will magnify the efficiency.

The second is that automation applied to an inefficient operation will magnify the inefficiency.

Information technology and business are becoming inextricably interwoven.I don’t think anybody can talk meaningfully about one without the talking about the other.

Success is a lousy teacher. It seduces smart people into thinking they can’t lose.

Only a few businesses will succeed by having the lowest price,  so most will need a strategy that includes customer service.

It’s fine to celebrate success, but it is more important to heed the lessons of failure.

We all need people who will Give us feedback. That’s how we improve. 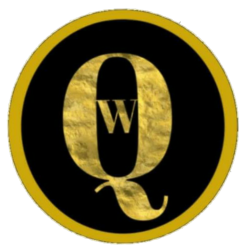